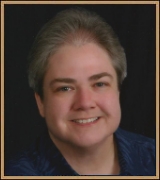 A lifelong Methodist, Jane grew up in Fort Worth, where her family was very active in the local United Methodist church.  She attended Texas Woman’s University, earning a B.S. in Psychology.  After a year of photography school, she spent six years in various aspects of the photography business, eventually opening her own photo lab/portrait studio in Denton.  When this business venture did not turn out as planned, Jane found herself in a quandary over what path to pursue next.

After a year of prayer, Bible study, and discernment, Jane felt she was being called to go to seminary. She graduated from Perkins School of theology at SMU, and also received a Certificate in Spiritual Direction from Perkins.

Over the years Jane has been deeply involved in lay ministry at Richland Hills UMC in Fort Worth, First UMC in Denton, and Northgate UMC in Irving, as well as Perkins School of Theology. In 2013 she accepted her first pastoral appointment as senior pastor of Oak Haven UMC in Irving. Recently ordained a full elder, she was appointed to Trinity UMC in July 2019.

Currently living in Denton, family is foundational for Jane. She is very close with her three siblings, as well as numerous nieces and nephews, including one niece who is currently a missionary in Papua New Guinea. Jane has a bleeding heart for animals and shares her home with four cantankerous, but lovable, cats. She also loves to read and learn new things. In addition to religion and theology, she is especially curious about history, psychology, and science, particularly astronomy. Jane has a hopeless case of wanderlust, and has traveled extensively in Europe and the Middle East. (“I have a passport and I know how to use it!”) She has a wide variety of other interests, including live theater, working out, trivia games, and NFL football (go Cowboys!).